The larger hills about the Waikato are mainly old volcanic remnants of an era some 1.5 to 3 million years ago during the formation of the Waikato and upper North Island. The mountainous Karioi, Pirongia and Kakepuku volcanics are in the western block and these days make excellent tramping and climbing playgrounds for the people of Hamilton and its surroundings. Last summer Catherine, Byron and I spent a bit of time ascending the three of them.  Catherine and I had climbed them before but this effort was part of a get fit program aimed at the Heaphy and Abel Tasman walks we were planning for March.  Catherine even partly filled her pack with some of my potatoes as part of her 'get fit' effort. Here is Byron on top of Karioi when we climbed it from Te Toto George. 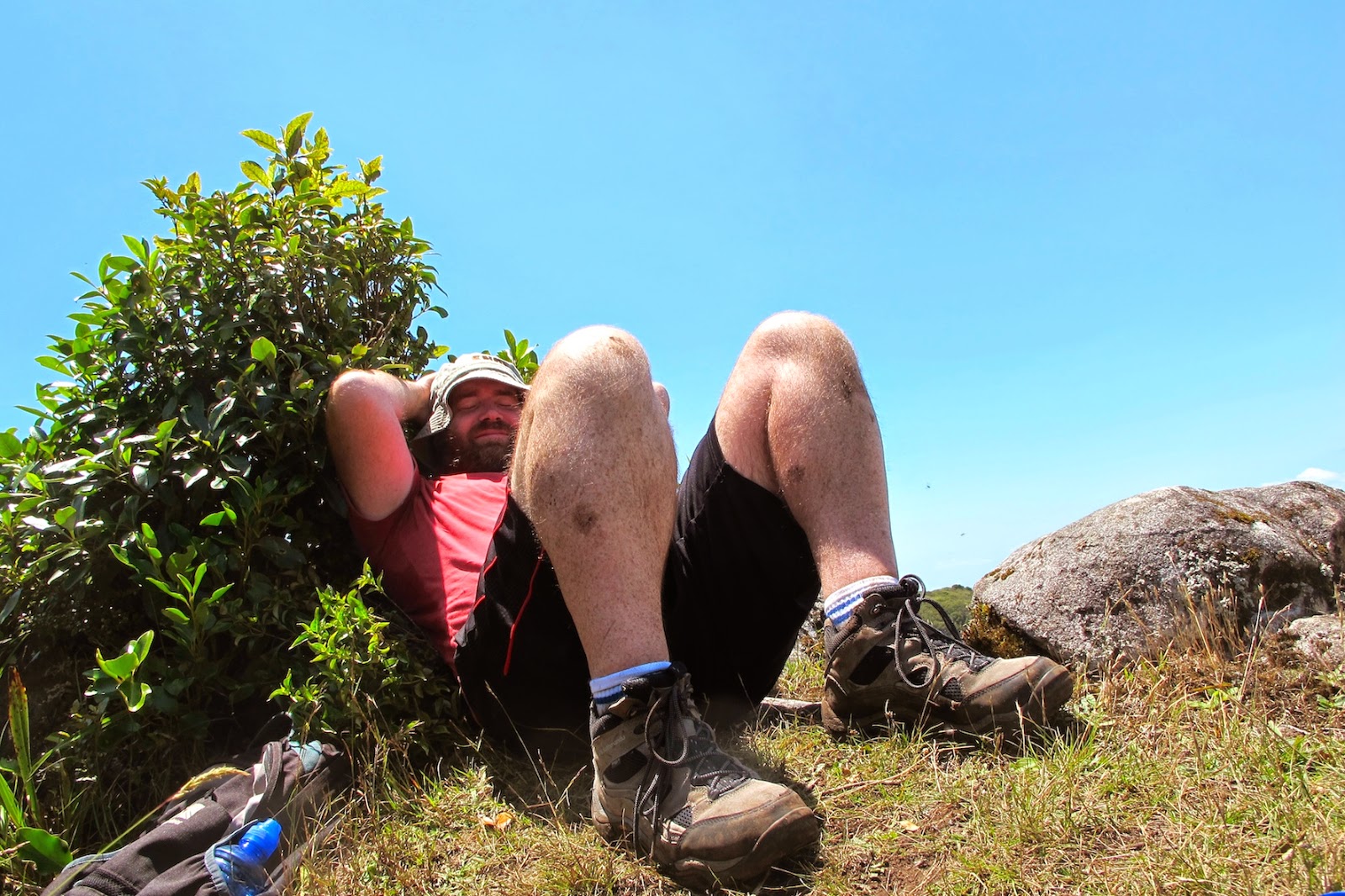 And Catherine on the top of Karioi after we climbed it from the south side. Note the heavy potato burdened pack. 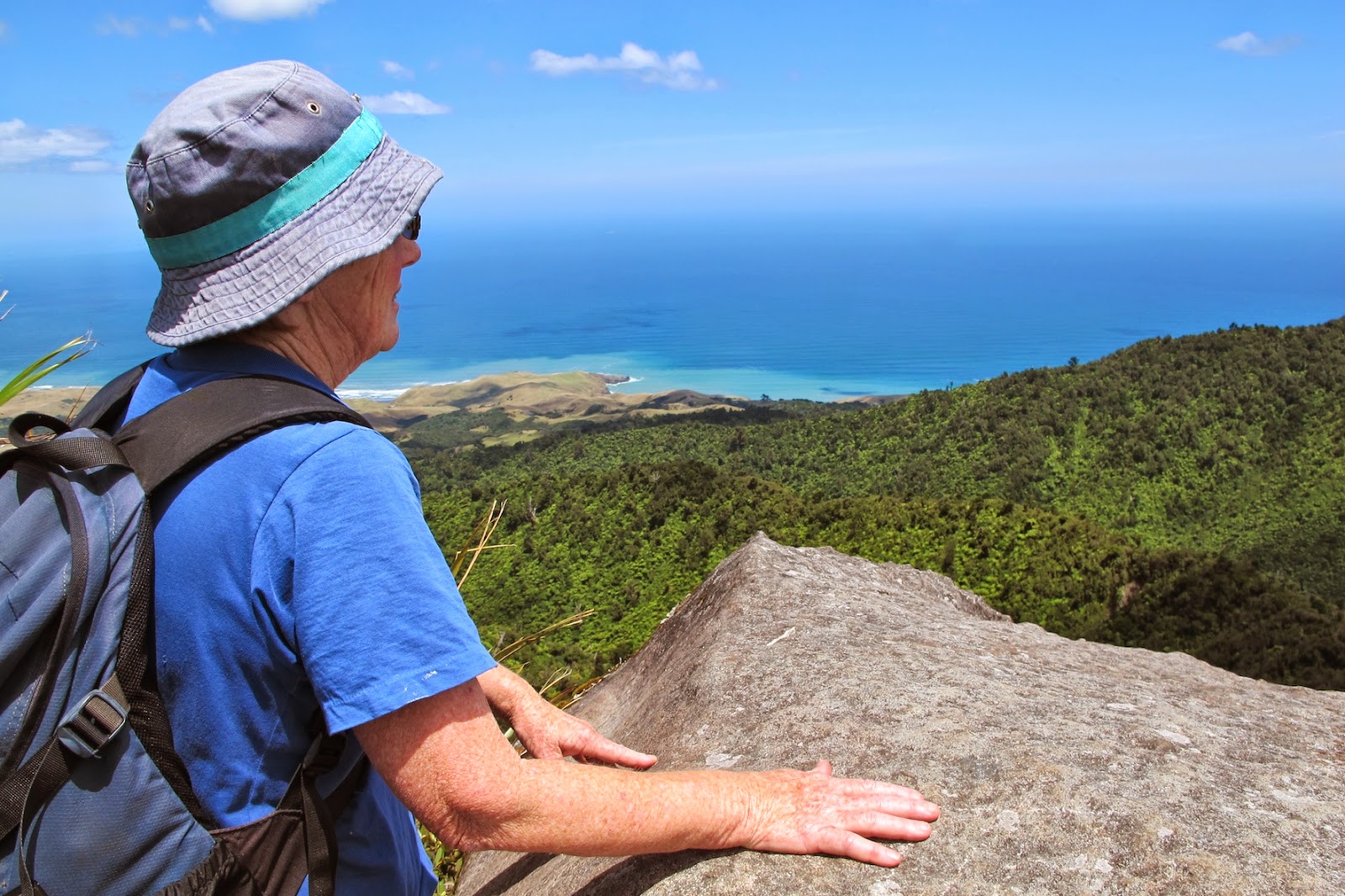 And Catherine and Byron descending Kakepuku. 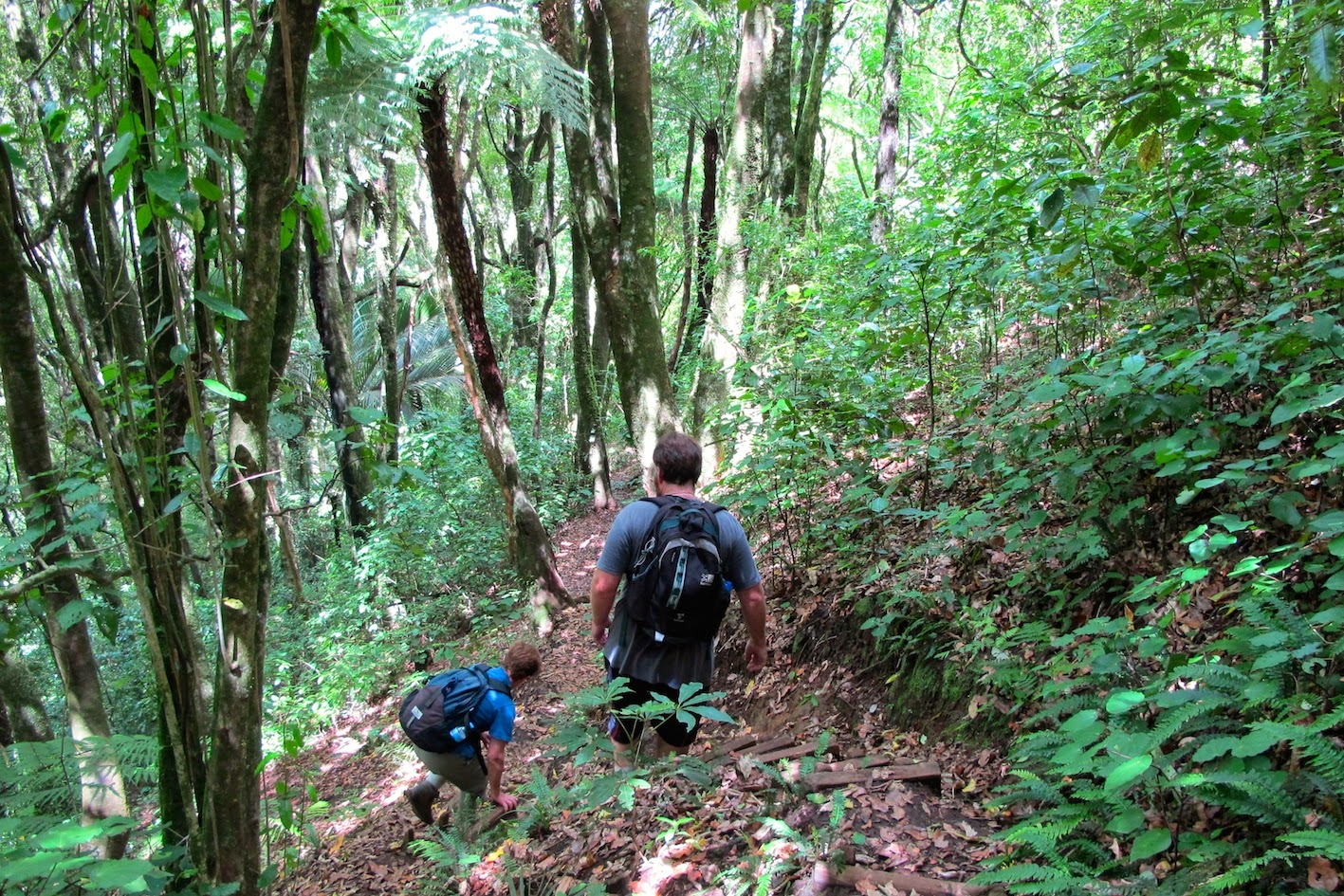