Following on from the national meeting at Whanganui to launch "Pest-free New Zealand", Jean Stanley, our wonder woman at Pukawa organised for Prof Nicola Nelson, from Victoria University, to visit on the 16th September - along with the very handsome Spike, a young male Tuatara.

Our invites and notices went out and the day arrived. Nickey and Spike were a hit. Nickey spoke for about an hour and a half and during and after the talk answered numerous questions from a very interested audience of 55 people from all over the central North Island.
After the meeting and lunch, Spike and Nicky travelled to the local Kuratau school where the enthusiasm of the children just had to be seen. 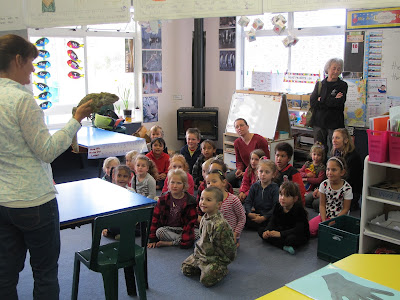 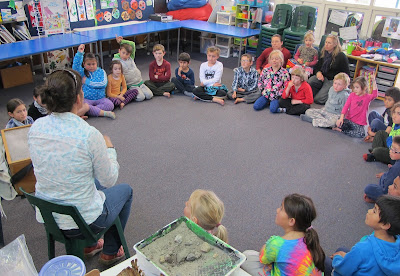 If there was one photo that summed up the day it was this one of the Kuratau kids, open mouthed with wonder at their introduction to Spike - whose ancestors roamed with the Dinosaurs about sixty million years ago before New Zealand split off from the rest of the world and the wicked carnivorous mammals arrived.